The growing restrictions on the use of antibiotics growth promoters (AGPs), as well as the development of resistance to some routinely used antimicrobials in the recent past, have increased the incidence of dysbacteriosis within intensive poultry farming. What is the solution to maintaining gut health and animal performance in these circumstances?

Dysbacteriosis has been defined as the presence of a qualitatively and/or quantitatively abnormal microbiota in the proximal parts of the small intestine. This abnormal microbiota produces a cascade of reactions in the gastrointestinal tract, including reduced nutrient digestibility and impaired intestinal barrier function, increasing the risk of bacterial translocation and inflammatory responses (Panneman, 2000; Van der Klis, 2000 and Lensing, 2007).  Dysbacteriosis is not a specific disease but a secondary syndrome. Along the entire GI tract, there is a diverse microbial community comprised of bacteria, yeasts, archaea, ciliate protozoa, anaerobic fungi, and bacteriophages, commonly referred to as the intestinal microbiota.

Dysbacteriosis is an imbalance in the gut microbiota as a consequence of an intestinal disruption. The impact of dysbacteriosis can be separated into economic and welfare issues (Bailey, 2010). Dysbacteriosis can lead to very wet litter and caking issues. The prolonged contact of broilers with the caked litter can result in painful ulceration of the feet and hocks (pododermatitis and hock-burn), leading to a serious welfare issue and degradation of the carcass.

It is believed that both non-infectious and infectious factors can play a role in dysbacteriosis (DeGussem, 2007).

Intestinal bacteria derive most of their energy from dietary compounds. Thus, diet has a major influence over the bacterial populations (Apajalahti et al., 2004). Any change in feed and feed raw materials, as well as the physical quality of feed, influence the balance of the gut microbiota. Processing significantly affects the characteristics of the feed as a substrate for the bacterial community. Perhaps the temperature and pressure of the conditioning process give its characteristic signature to the bacterial community structure.

The provision of optimal brooding conditions is essential for ensuring optimal gut microbiota development. Birds receiving appropriate brooding develop a gut that performs well and has a greater capacity to cope with the challenges of the broiler shed. Early access to feed and water is crucial. One of the most critical factors for the occurrence of dysbacteriosis is the lack of digesta. The microbiota can change in a period of hours when nutrients are not present. The quality of water is also essential to maintain normal intestinal function and digesta pH.

If clean-out and disinfection procedures are improperly conducted, pathogens will be introduced into the poultry shed, and exposure to these pathogens will influence gut health and development. It has been proven that litter management regimes affect chicken gastrointestinal tract (GIT) and microbiota (Wang et al., 2016)

There are times during poultry production when the bird will be challenged, for example, during feed changeovers, vaccination handling and transportation, overcrowding, or placement in new housing. During these periods, the gut microbiota can fluctuate and, in some cases, if management is sub-optimal, dysbacteriosis can occur.

Achieving optimal environmental conditions will promote good gut health. Any perturbation in gastroenteric physiology or immunity of the bird, caused by temperature stress or other environmental discomforts, can cause dysbacteriosis and/or enteritis. These are associated with lower absorption of nutrients by the host. Suzuki et al. 1983 demonstrated that overcrowding and heat stress, very commonly seen in intensive poultry farming, has a significant impact on the microbiota of chickens.

Infectious agents that potentially play a role in dysbacteriosis

Many mycotoxins can stimulate the secretion of several antimicrobial molecules, which have positive effects on the maintenance of intestinal homeostasis. Fumonisins inhibit the growth of fungi, Fusarium toxins exhibit different antimicrobial defensive mechanisms, and aflatoxins exhibit a moderate antimicrobial activity against Escherichia coli, Bacillus subtilis, and Enterobacter aerogenes [Bevins et al. 1999 and Wan et al.2013]. Mycotoxins such as aflatoxins, trichothecenes, zearalenone, fumonisin, and ochratoxin can alter the normal intestinal functions, such as the barrier function and nutrient absorption. Some mycotoxins, like trichothecenes and ochratoxin, affect the histomorphology of the intestine (Winnie et al., 2018). Mycotoxicosis changes the population equilibrium, which can lead to dysbacteriosis.

Coccidiosis caused by Eimeria spp. in chickens appears to be one of the principal destabilizing agents, causing the destruction of enterocytes and affecting the integrity of the intestinal mucosa and wall. The lesions that it causes, the inflammatory process, the reduced absorption and consequent excess of nutrients in the lumen all contribute to the proliferation of certain groups of bacteria. This situation clearly predisposes birds to intestinal dysbacteriosis and/or bacterial enteritis, and in particular to necrotic enteritis.

Clostridium perfringens is a natural part of the habitat in the hindgut that is not dangerous under normal circumstances. If it multiplies, the bacterium produces toxic substances that damage the intestinal mucosa and cause a condition called necrotic enteritis.  The disease is characterized by necrosis and inflammation of the GIT. Without treatment, this can escalate to perforation of the intestines, hemorrhages, and eventual death from septic shock.

Signs and consequences of dysbacteriosis

Dysbacteriosis can have profound effects on the host. Dysbacteriosis alters the GIT environment and favors the growth of pathogenic bacteria. Pathogenic bacteria produce toxins that increase intestinal motility or cause alterations in the amounts of mucus produced or in its composition. They also result in modifications of gastric acidity, reduction in the production of bacteriostatic peptides in the pancreas, and reduced immunoglobulin (IgA) secretion.

Toxins released by entero-pathogens damage intestinal villi, resulting in focal ulcerations of the mucosa, tissue necrosis, and shifts in gut microorganism numbers and metabolism. The costliest condition for animal production is the chronic inflammatory response of the animal to constant minor dysbacteriosis. These chronic responses can reduce weight gain and cause low feed conversion efficiency. Coccidiosis infections and any other enteric disease can be aggravated when dysbacteriosis is prevalent. Generally, animals with dysbacteriosis have high concentrations of Clostridium that generate more toxins, leading to necrotic enteritis.

In broilers, the syndrome is generally seen between 20 and 30 days of age (Wilson et al., 2005). Clinically, the main signs are:

Wet litter is also a general outcome of dysbacteriosis that may affect the air quality of the house, leading to a higher incidence of respiratory problems.

Additionally, foodborne pathogens such as Salmonella spp. and E.coli proliferate more in the dysbiotic intestine and can become persistent residents of the hindgut.

At necropsy, the main observations are

The most important factors to prevent dysbacteriosis are

Growth-promoting antibiotics are well known for the inhibition of undesired microbiota and the negative effects of their metabolites, and selection for beneficial bacteria. However, the adverse result is that they diminish the natural diversity of the gut microbiota. Antibiotics can also result in animals developing bacterial resistance.

Other products have been proposed as alternatives to growth promotion, taking into consideration the increasing bacterial resistance to some antibiotic categories.

Alternate feed additive technologies that have a promising role in controlling dysbacteriosis are:

The post-hatch period is very critical for the chicks’ intestine development. Exposure to the environment in hatchery and farm affects microbial colonization in the intestine tract. The use of selective probiotics in day-old chicks at the hatchery and on the farm immediately after placement in broiler house reduces the risk of dysbacteriosis. Probiotics work by competitive exclusion, thereby prevent the colonization of potentially pathogenic bacteria. Probiotics prevent enteric diseases, improves intestine development and digestion process.

(MOS) mimics the properties of the cells on the gut wall to attract and bind with harmful bacteria. Rather than allowing the bad bacteria to attach to the gut wall, the MOS acts as a sticky sponge, clearing up the harmful bacteria and removing them from the digestive system. MOS play an important role in gut functionality and health, through enhanced nutrient digestibility and improved gut barrier function and local defenses. MOS is also related to long villi and shallow crypts in the intestine, so a larger surface area helped with the absorption of nutrients and improved animal performance (Chand et al., 2016b)

Careful choice of feed enzymes will reduce nutrients available for pathogenic bacterial growth and improve gut health. Bacterial Xylanase is showing promise by digesting both soluble and insoluble arabinoxylans and reducing the viscosity of intestinal content. It maintains gut motility, improves nutrients digestibility, and impairs the growth of pathogenic bacteria in the hindgut.

Multiple scientific studies have proven the positive effects of phytomolecules (also known as phytogenics or secondary plant compounds) on the gut health of livestock animals. These substances support digestion and improve the utilization of nutrients. This results in higher daily weight gain and better feed conversion. In addition, phytomolecules have a proven antimicrobial effect, based on different biological modes of action. 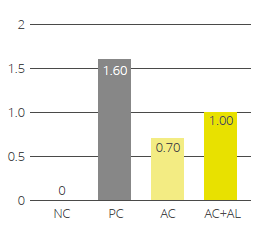 Dysbacteriosis can have profound effects on the host. Acute dysbacteriosis can result in the proliferation of pathogenic microorganisms that become enteropathogenic. Pathogenic bacteria can produce toxins and metabolites that increase gut motility, increase fermentation with gas production, change gut pH, irritate the mucosa, cause inflammation, and increase mucous secretion. This process reduces the digestibility and absorption of nutrients.

Apajalahti, J., Kettunen, A., and H. Graham. 2004. Characteristics of the gastrointestinal microbial communities, with special reference to the chicken. World Poultry Sci J 60:223- 232.

Bailey, Richard A. 2010. Intestinal microbiota and the pathogenesis of dysbacteriosis in broiler chickens. PhD thesis submitted to the University of East Anglia. Institute of Food Research, United Kingdom.

Pui-Pui, Winnie, and Sabran Mohd-Redzwan. 2018. Mycotoxin: Its Impact on Gut Health and Microbiota. Frontiers in Cellular and Infection Microbiology, 8:60. 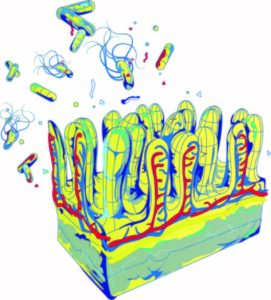 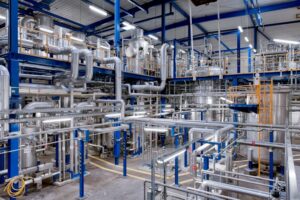 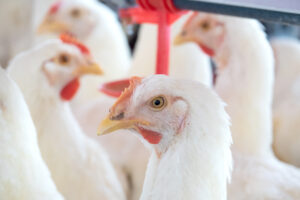 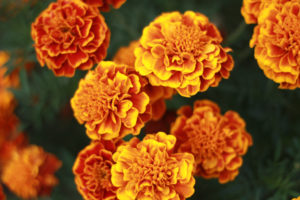 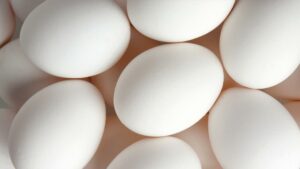 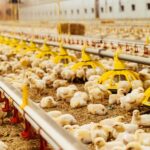 ABF poultry production: How to keep coccidiosis in check17th September 2021

A complex battlefield: mycotoxins in the gastrointestinal tract3rd December 2020 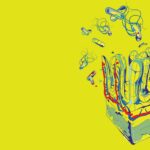 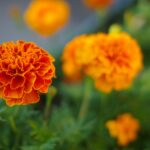